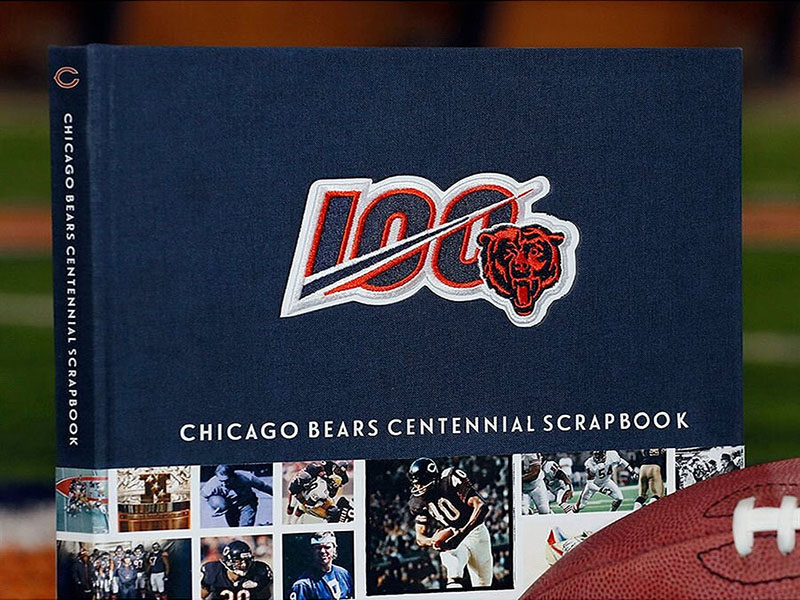 Pro Football Hall of Fame Sportswriters Don Pierson and Dan Pompei connected with the foremost authority on the Chicago Bears, Virginia McCaskey, to create a unique look back at the first 100 years. The Chicago Bears Centennial Scrapbook, an inside take on coaches, players, ownership, key games, innovations as well as significant milestones and events that have shaped what The Chicago Bears are today.

The book took two years to produce, includes 320 pages and exceeded industry production values for graphic design, paper, printing and binding. John Vieceli, the award-winning designer who has designed virtually all of Rare Air Media's books, is credited with an exceptional effort on the Centennial Scrapbook, which is already in its second printing.

"An exceptionally well-done book for Chicago Bears fans that genuinely captures the spirit of one of the original and most storied franchises in NFL history. Deeply researched and creatively presented, the "Scrapbook" is a joyful experience for the 100-year anniversary."